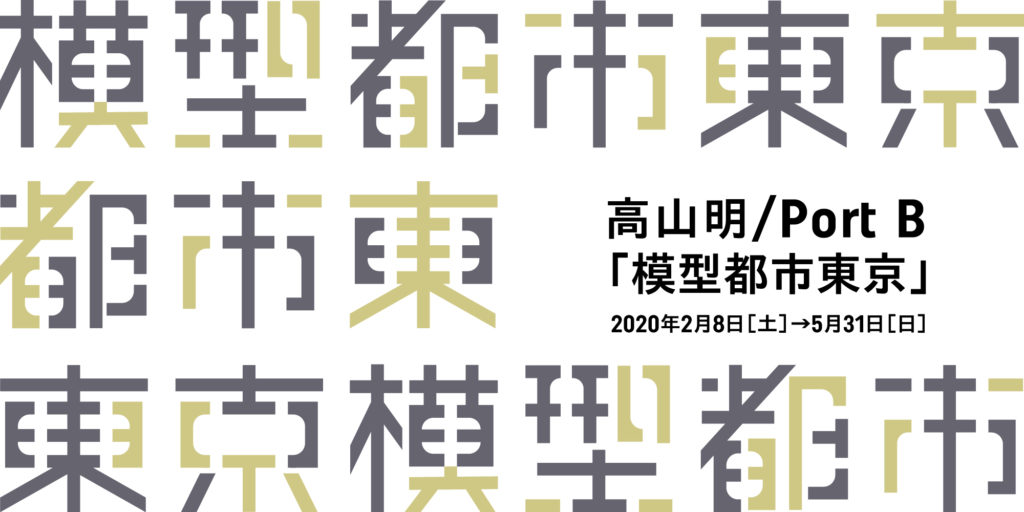 As our preventive measures in light of the imminent spread of new coronavirus, ARCHI-DEPOT MUSEUM have been temporarily closed since Saturday, February 29. We regret to inform you today that we have decided to further extend the period of facility closure, this time until further notice. We are terribly sorry for all those have been looking forward to visiting, but request your kind understanding and patience. Once the dates and details of our facility reopening are determined, they will be announced on our websites and social media.

Open Hours
Tuesday – Sunday, 11:00 AM – 7:00 PM (Admission until 6:00 PM),
closed on Mondays(but open when Monday is a public holiday, then closed the following Tuesday)

Admission
Adults 3,100 yen / Students 2,000 yen / 18 and under 1,000 yen
* Re-entering multi times is allowed to the Room B “Tokyo Trunk Room” on presentation of the special pass. When you re-enter, please sign your name and show your free pass and ID at the reception.
*Ticket: Online ticket system
* Including the admission for the exhibition Room A “The Classic Hotels – Evolving tradition and beyond -”
* Free admission for visitors with a physical disability certificate and one of their carers
* Presentation of your school identification card indicating your age or a disability certificate will be required on admission.

ARCHI-DEPOT MUSEUM is a storage and display facility specializing in architectural models that has held a variety of exhibitions over the years.
This exhibition is an experiment designed by theater director and artist Akira Takayama (PortB) to showcase the true face of modern Tokyo, expressing its reproducible urban infrastructure and distinct features in the form of a model. Akira Takayama’s theatrical methods will transform the exhibition area into a space that changes and grows daily, in connection with the city of Tokyo. This exhibition can be revisited as many times as you like over the course of its exhibition period. We will be releasing more information and details on this event through our official website (https://archi-depot.com/en/exhibition/akira-takayama_portb).

Notes on “Tokyo Trunk Room”
If “models” are an imitation of something, theater – which started from the “imitation of gestures” – should be a perfect match with models. In the case of theater, imitation took certain forms – or in other words became “models” – and thus gained independence from magical rituals and turned into a performing art. For example, “dengaku” was born when “ta-asobi”, a ritual praying for a good harvest from the rice fields, was imitated with gestures gradually getting fixed. This meant that a site-specific activity that could only take place in rice fields was now moveable to any place, becoming a performing art that could be repeated. In other words, theater is in its essence a model, and that is exactly why it can be performed/reperformed at any location.

The sites of performing/reperforming have been called “stages”, but nowadays the stages of shrines and theaters mostly host degraded models: if you want to find fresh models, you’d rather go out to the city. Watching Tokyo in this light, you realize that this city doesn’t have many originals that can only materialize at a certain place, and that it is full of models. Ubiquitous models are concentrated here more than any other city around the world, and these are used by many people that perform/reperform them on their own in their distinct ways. People that handle those models in interesting ways emerge, giving birth to urban activities and updating lifestyles. Paradoxically, that has become the originality of the “city of models” that is Tokyo.

I hope that we can unfold Tokyo’s paradox in a positive manner in ARCHI-DEPOT MUSEUM, a place where models of architecture are displayed.

[About PortB]
Port B was founded in 2002 in Tokyo. It is an artist collective, with Akira Takayama at the center, which changes its composition depending on the specific form of the current project. Port B develops different artistic activities like installations in urban spaces, tour-performances, experimental social projects, lecture performances, and sight-seeing tours. The starting point for each project is: “What is performance art?” It thereby expands the possibilities of performance art and searches for new ways in which the performance art can connect with society. http://www.portb.net/

[About Akira Takayama]
Born in 1969. Theater director/artist. Professor at Tokyo University of the Arts Graduate School of Film and New Media.
He founded the artist collective Port B in 2002. His work, which intersects with actual cities and societies, has been exhibited around the world. In 2013 he founded the Port City Research Center, which seeks to apply theatrical ideas to tourism and urban planning as well as social praxis and media development.