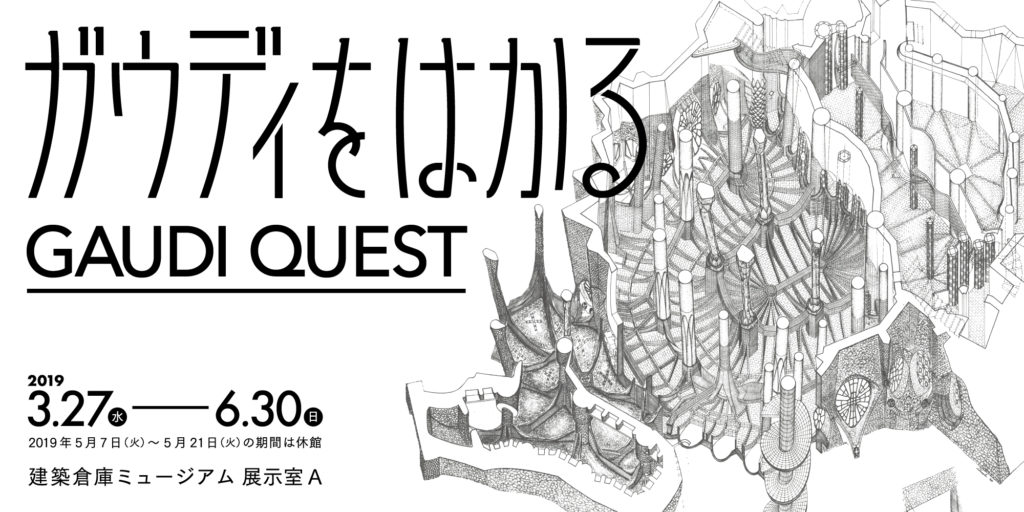 [About Antoni Gaudí (1852-1926) ]
One of the world-renowned architects of the 19th and 20th centuries. Seven of his works are registered on UNESCO’s World Heritage List. Sagrada Familia, his masterpiece, is currently being built with completion scheduled for 2026, which marks the 100th anniversary of his death.

[About Hiroya Tanaka]
Doctor of architecture and surveyor. Born in Hokkaido in 1952. Moved to Barcelona in 1978 and has continued to draw actual measurement drawings of Gaudí’s works for 40 years until today. Convened the “Hiroya Tanaka Drawing Exhibition” hosted by the Association of Architects and Engineers in Barcelona in 2015.
Highly acclaimed for his achievements in Spain, honored with a Barcelona Japan Consul General Public Official Award (2015), the Gaudí GRESOL Award (2016), and the ACADEMIA PRIZE (2018).