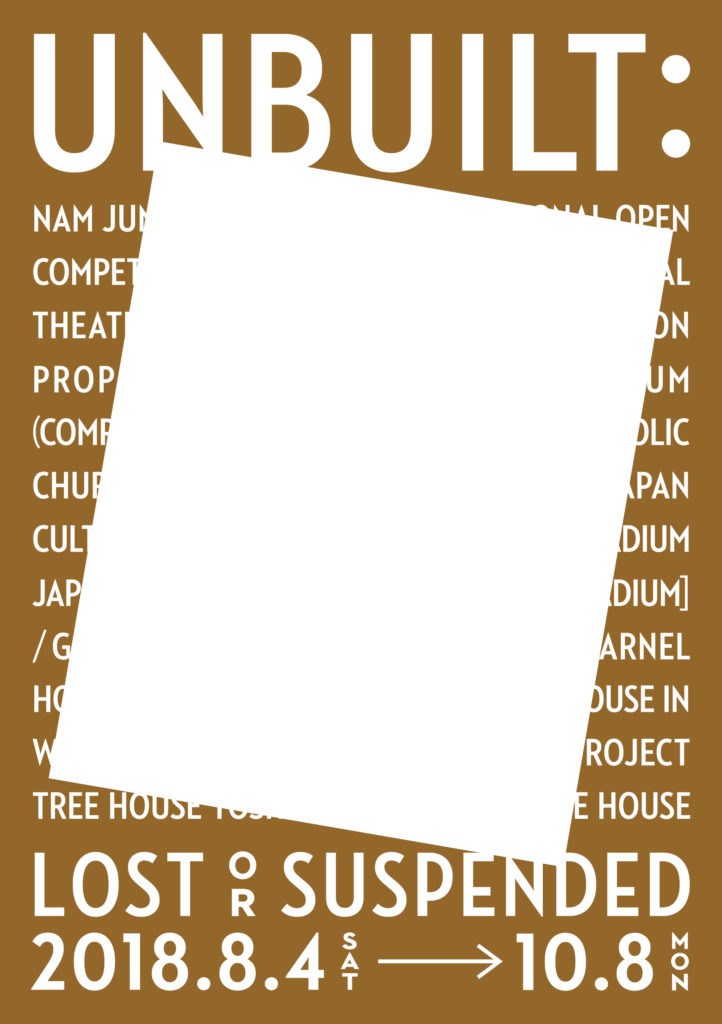 The history of architecture is, in a sense, the history of those who have lost. Lost in the competition, or lost by the cancellation, the projects have been imprinted as past events, which could paradoxically sway the destiny of architectural history.
This exhibition shows two phases of unbuilt architecture: Lost and Suspended.
Lost Architecture means a project which, despite the will for completion, was lost in the competition and, accordingly, unbuilt. For instance, in the competition of administrative facilities, the architects happen to make presentation boards as simply colourful chart in order to fit to the taste of the administration body, which does not always match the aesthetics of the architect.
The well-known Friedrichstrasse Skyscraper of Mies van der Rohe (1921), an early project of this great master, is the originator of glazed high-rise buildings as well as the precursor of the townscape of contemporary New York and Tokyo Marunouchi although it failed in taking attention of the jury of the competition. Even during the period named “post-modern”, this project still continued to be handed down as legendary work of Mies as it had prefigured the completed image of Seagram Building which he realized in the 1950’s.
Suspended Architecture means an on-going project which is temporarily suspended or still put on hold on the conception stage. Some are suspended by social, economic, or political reasons. Some are so in order to represent the idea itself, or to keep it as drawing. The idea of the architect is solidified, regardless of the time, when it is presented as “suspended” expression.
In accordance with the chance for realization being “lost”, the architect comes to be affiliated to the past while the architectural idea is “suspended”. As Antoine Grumbach stated ”Architecture is ‘eternal incomplete’”, the initial idea of the architect plays the role of the provider of the history to the history-loss urban settings. “Unbuilt” projects envision for the future of architecture and create the present by multiplying the past.
（Text by Yuji Katagiri, Translated by RM）